Ku Klax Klan,Genocide master Columbus and if Donald Trump become the Next President of America!

Ku Klax Klan,Genocide master Columbus and if Donald Trump become the Next President of America!

We have so many Trumps at home to voice the same hatred against Islam!

We are vertically divided in Majority and Minority and cease to be  a Nation!We have the most violent blind nationalism and pardon me ,we have no nation today.Idea of India killed! 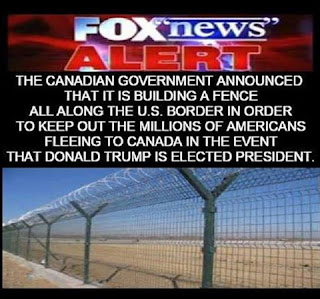 Ku Klax Klan has the white dress ,quite different form our Khaki but the racist apartheid,the zionist regime,the governance of fascism it pushed forward inflicting civil war way back in Lincoln decade,o match with vocal Indian scenario electrified with intolerance and hatred and violence!

I always have insisted that the global Hindutva is all about the extension of Oil war.If everything is linked to market and the market reflexes should reflect the prices as everything is systematically decontrolled,why the hegemony should drink the crude oil to deprive the ninety percent masses.

Barrak Obama last speech,yes justifies America`s war against terror and we do not endorse his arguments.

But Barrak Obama lodged his concern to sustain Humanity and Nature threatened by the latest revival of Ku Klax Klan in America to make Donald Trump the Next President who wants COMPLETE Shutter Down against Islam in America.

It is ,of course, the same agenda of Indian Hindutva Brigade which wants to make India free of Islam.

Obama dealt with internal security,economy and foreign policies and clarified his policies,we may agree or may not agree.But he is responsible to Congress and the people of America,it is very very relevant in Indian context.

I would be adding some links of hate speech at home and you would find the strikingly same argument,same logic,same hatred.We have so many Trumps at home.

I decided to speak on every frame of Obama Speech to explain the Indian scenario captured by racist Apartheid.

I am against the concept of superpower and I have decided to voice humanity since my childhood.

For instance,many of us from the generation seventies could not celebrate life mixed with blind nationalism provoked by Indiramma associated with Samaras Devaras.

The army general Jacob is no more and he has written the memoirs of Bangladesh Liberation war and he wrote in detail how Indian army was engaged in repression to curb the peasantry in insurrection branded as Naxalite movement.Now branded as Maoist.

Again we could not support the Red Imperialism practiced by USSR and we voiced against Soviet intervention in Afghanistan which injected the permanent turmoil we know as oil war which created the terror often defined as Taliban,Al Qaeda and ISIS.

We felt the fire of the terror networking manufactured by United Sates of America since its failed deployment of the seventh fleet in Indian ocean.

We as a nation had been bleeding since then,from the point where Indira Gandhi decided to send Indian Army in Bangladesh.

We also did not support Rajiv Gandhi adventure in Srilanka.

We lost Indira Gandhi and Rajiv Gandhi in Violence.

We had to witness genocides in Assam and Tripura along with Sikh Genocide just soon after the Green Revolution.It was  followed by Bhopal gas Tragedy,Babri Mosque demolition and brutal killing in Gujarat and the killings continued countrywide!

We are vertically divided in Majority and Minority and cease to be  a Nation!We have the most violent blind nationalism and pardon me ,we have no nation today.Idea of India killed!

Thus,we want no police to enforce law and order worldwide.We always opposed US or USSR export of Democracy or revolution!

We opposed the Oil war since the first strike against Iraq.

We had been opposing Arab Spring as we knew the US project.We opposed the free market economy and globalization as we knew the aesthetics of Greek Tragedy.

We do not support United Sates of America.

But we supported Barrack Hussein Obama as we wanted to change America and the expected change could change the scenario worldwide as we believed in the legacy of George Washington, Abraham Lincoln and Martin Luther King.

Meanwhile,just like  the bolt from the blue,America seems to become Hindu India more than we have become America as equations changed so fast to project Donald Trump as the next president of United States of America as he replicates the Nagpur branded hate speech ditto !

We are so habitual to listen to such out burst all the time at home and thus,have been enslaved under the regime of continuous holocaust,continuous exclusion, continuous ethnic cleansing not to mention the inherent inequality and injustice and the overwhelming racist apartheid patriarchal!

Donald Trump: we need to track all Muslims in America ...

▶ 1:02
www.theguardian.com › US News › Donald Trump
Nov 20, 2015
The Republican presidential frontrunner said that if elected president, he would implement a system to track ...

Donald Trump Asked About President Obama Being "A ...

▶
www.businessinsider.com/heres-the-one-sane-person-a...
Sep 18, 2015
VIDEO: A Donald Trump supporter was in disbelief after someone made racist, anti-Muslim remarks during a ...

▶
www.huffingtonpost.com/.../obama-trump-muslims_5...
Dec 9, 2015
Obama Implicitly Criticizes Donald Trump's Anti-Muslim Plan. "Our freedom is bound up with the freedom of ...

▶ 2:00
https://www.youtube.com/watch?v=5WgcoTPCuTY
Aug 25, 2014 - Uploaded by Truth Triumphs
The result -- even the dalits, oppressed by high caste Hindus for many millennia, are buying into the Hindutva ...

Adityanath on stage speaker asks to rape muslim women by ...

▶ 3:25
https://www.youtube.com/watch?v=uLXYzvI_FWs
Aug 27, 2014 - Uploaded by Truth Triumphs
Yogi Adityanath - Hate speech from his stage against muslims. ... police and the courts of India act against ...

Hindu Children in Gurukuls being taught to hate all Muslims ...

yogiadityanath;the hated speeches and activity of terror of ...

▶ 2:12
https://www.youtube.com/watch?v=OPZYR4Lsm68
Feb 19, 2012 - Uploaded by nrgaddam
This MIM party abuses Lord Rama and ridicules his birth and existence. This speech not only is provocative ...

There's a Togadia behind the Modi mask, says VHP president

▶ 1:00
https://www.youtube.com/watch?v=FyZEBbeCzp4
Nov 26, 2015 - Uploaded by MASS Media
Yogi Adityanath Hate speech Amir khan Leaving Country .... Yogi Adityanath Rocking Speech on Hindutva in ...
--
Pl see my blogs;
http://ambedkaractions.blogspot.in/
http://palashscape.blogspot.in/
Feel free -- and I request you -- to forward this newsletter to your lists and friends!
Posted by Palash Biswas at 2:15 AM