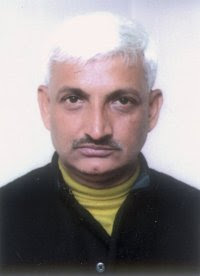 In one of his last public engagements Arun Jee signed a Public Statement on Biometric Profiling through aadhaar & DNA Bill that defended Right to privacy as an inalienable birth right & fundamental right and referred to biometric data collection, aadhaar number and related programs as a black act. He voiced concern against the open war against sensitive personal information like biometric data through aadhaar and Human DNA Profiling Bill 2015 and deemed it condemnable.

At a Round Table on WikiLeaks, Press Freedom and Status of Legal Cases Against WikiLeaks and Julian Assange, the founder and editor-in chief, Arun Jee dwelt on the implications of vicious attack on the Wikileaks and their sources for the future of journalism across the globe. He said, “assault on Wikileaks is an unprecedented threat to journalism”. He added, “Wikileaks has brought egalitarianism in journalism” while commenting on a presentation by Ms Jennifer Robinson who is an Australian human rights lawyer and member of the legal team for Julian Assange and WikiLeaks.

Arun Jee was suffering from cancer. Arun Jee was a journalist in the tradition of Prabhash Joshi and Praful Bidwai.  He was quite critical of the regressive trends in the corporate media wherein media workers are being made wage slaves and incapable of raising issues of public interest.

His death is a great loss to people's movements whose concerns were close to his heart.

Note: Citizens Forum for Civil Liberties (CFCL) has been campaigning against unregulated biometric, surveillance and identification technology companies since 2010 and had appeared before the Parliamentary Standing Committee, Finance in this regard. CFCL has consistently underlined that the silence of the States which are quite vocal about threats to federal structure and human rights from Union Home Ministry‘s National Intelligence Grid (NATGRID) that integrates 21 sets of databases in the matter of the creation of UID/aadhaar’s Centralized Identities Data Register (CIDR) is inexplicable.

Posted by mediavigil at 6:52 AM