उनका मिशन: The Economics of Making in! https://youtu.be/mgbxKZ9nqVg It is an eye witness account of Meerut Riots in eighties where I had been working as a professional journalist during 1984 to 1990. Palash Biswas

उनका मिशन: The Economics of Making in!

It is an eye witness account of Meerut Riots in eighties where I had been working as a professional journalist during 1984 to 1990. 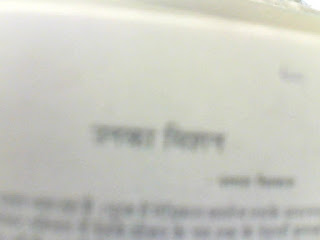 It is the original economics of making in the Open Market India!It is the beginning of destruction of peasantry,starting point of racial ethnic cleansing! I had to witness Sikhs being burnt live! I had to witness the bleeding India after the murder of Mrs Indira Gandhi followed by Sikh Genocide and Bhopal Gas Tragedy.The riots continued as the riots continues till this date.It was hell losing and it is hell losing.

The phenomenon of vertical partition of India all on name of development and religion had began.

I landed in a peaceful city in UP,Bareilly in 1990.The Mandal v/s Kamandal broke in and religious nationalism overlapped inherent pluralism and diversity.Unity and integrity of the Nation India had been at stake.I saw the Babri mosque Demolition campaign shaping in Meerut and I saw the mission being accomplished.KARSEVA began and the climax was Gujarat Genocide followed by Babri Mosque demolition.

My short Novel in Hindi is all about the Economics of Making in!It is about the destruction of economy,small industries and strategic war against humanity and Nature.The Novel was written part by part in Meerut, Bareilly and Kolkata.It was published in a little magzine सामयिक परिदृश्य edited by Vimal Varma. Mr.varma wanted to publish it in book format.Eminent artist Ashok Bhowmik,then based in Kolkata created the cover page,an excellent work of art.The book was never published and Mr.Varma also lost the cover.I have not to say a word on that because Mr.Varma had not resources.But I am sorry for Ashokda and his creation which we lost.

The book has not to be published as I am already excluded from PRINT as well as literature.I have opted to continue the fight online.

I feel the novel should be relevant which was recreated in Bengali and the script is lying Bangla Akademy,Kolkata for almost ten years,unnoticed.

I have read most of the Novel in three videos which I publish today to explain the phenomenon of vertcal partition.Please see.

उनका मिशन:The institution of the religious partition and the Politics of religion

I have dealt with details the phenomenon of the institution of the religious partition and the Politics of religion in this part of the novel which exposes the rule of law and the role of media helping to destroy indigenous production system,the small scale industries

killed for monopolistic profit making which is all about the free flow of foreign capital and foreign interests and the agenda of economic reforms,all about the hindutva agenda.I have tried to expose the rumour mills and the headlines created every time and the truth underplayed,twisted or deleted.

उनका मिशन: the strategy and strategic marketing of blind nationalism based in religious identity!

I this part of the novel I have dealt with the phenomenon of Hashimpuara and Maliyana genocide episodes and the economic ethnic cleansing,the racist apartheid and the hatred campaign launched.How Indian media set the turnaround.I noted the details of the day to day life of journalist which is an eyewitness account.

It is a novel dealing social realism.I have read the most part of it and if I get your response I would read the rest yet another day!

We have to go back to roots as all the holy men and women in the past spoke love,which is the central theme of Tagore literature which is essentially the original dalit literature in India!

Out caste Tagore Poetry is all about Universal Brotherhood which makes India the greatest ever Ocean which merges so many streams of Humanity!

Why do I quote Nabarun Bhattacharya so often? 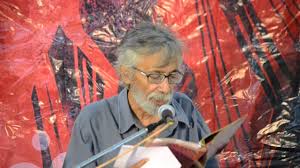 --
Pl see my blogs;
http://ambedkaractions.blogspot.in/
http://palashscape.blogspot.in/
Feel free -- and I request you -- to forward this newsletter to your lists and friends!
Posted by Palash Biswas at 3:19 AM