Gujarat Citizen’s write to President of India against Intolerance

Gujarat Citizen's write to President of India against Intolerance 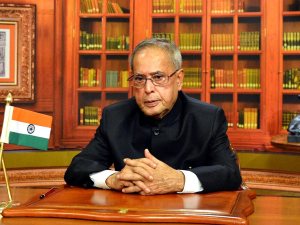 The President of India,

We, the concerned citizens of Gujarat, stand by the artists, scientists,writers, academicians, intellectuals who oppose the atmosphere of intolerance, hatred and fear; and return their awards. We feel that this is the time when the civil society should rise and resist what is going on in the country. Intolerance as well as communal and caste hatred have been in the country since long. But after the rise of Mr. Narendra Modi and RSS, intolerance, violence and hatred have become the instruments of power and have been politically and deliberately encouraged. The cold blooded murder of the intellectuals, two in Maharashtra and one in Karnataka is its glaring example.

The fanatical propagation of cow slaughter and killing people in the name of so-called holy cow, the horrible incident of Dadri and burning of Dalits in Haryana have become incidents in the country with the reason that atmosphere of fear and insecurity has increased throughout the country. There are direct attacks on freedom of speech and expression. Still worse, these violent incidents are supported by the member of ruling party and silence of the Prime Minister show that present government is committed to this ideology.

Arrogant defense like statement of Mr. Arun Jaitley that Mr. Narendra Modi has become the object of great intolerance is ridiculous because the non violent opposition to intolerant Modi cannot be considered as intolerance towards Modi. We believe that these acts of violence, hatred and intolerance pose a great threat to democratic, secular, pluralistic India which is the very foundation of our constitution. All these incidents are proof of a conscious movement towards fascism based upon racial pride, violence, hatred and intolerance. These anti democratic forces seem to be determined to convert India into a theocratic state where all minorities and non believers have to live at the mercy of majority. This is also violating the fundamental duty of every citizen to develop the scientific temper, humanism and spirit of inquiry and reform.

Prime Mister Mr. Modi in his foreign tour once pronounced that now people feel proud to be an Indian. But the reality is just the opposite. The recent incidents show that people rather feel ashamed. The Sangh Parivar and the government want to take the country into the ancient age. In Gujarat also, the atmosphere of Fear, Hatred and Intolerance prevails. Freedom of Expression and Right to Protest are denied. The protestors of Dholera SIR have to approach the High Court for their Protest March & Sedition Act is used for Political Vendetta in the State.

Under the circumstances, we request you to intervene and maintain the democratic and secular fabric of our country.

We also appeal sane, liberal and progressive members of the civil society to stand up and resist the direct attacks on basic principles of Constitution.

N.B. WE REQUEST YOU TO GIVE AN APPOINTMENT DURING YOUR VISIT TO GUJARAT (AHMEDABAD) ON 1ST OF DECEMBER.

--
Pl see my blogs;
http://ambedkaractions.blogspot.in/
http://palashscape.blogspot.in/
Feel free -- and I request you -- to forward this newsletter to your lists and friends!
Posted by Palash Biswas at 5:50 AM