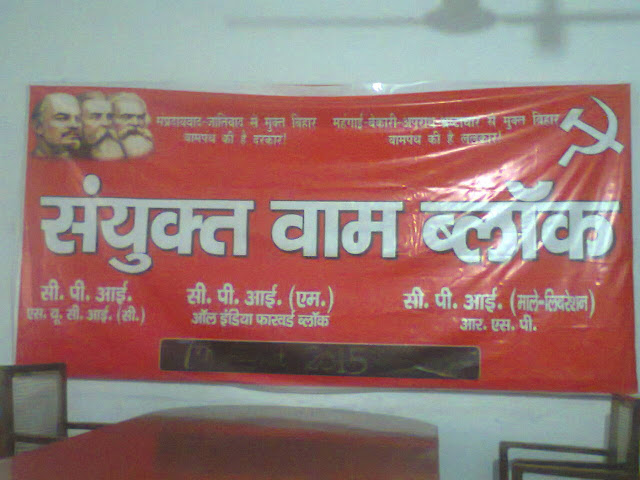 United Left Block (ULB) is all set to  announce candidates separately within a week but  they would campaign jointly in Bihar based on a joint agenda document for the elections.


Six Left parties in the ULB announced seat sharing among them for 221 out of 243 seats in Bihar on September 11.

CPI would contest 91 seats, CPI-ML Liberation 78 seats, CPI-M 38 seats, SUCI (Communist) 6 seats, Forward Block 5 seats and RSP 3 seats. The distribution is based on performance in the 2010 Assembly election and strength of a left party in that constituency. United Left Block is yet to decide about the remaining 22 seats.
Posted by mediavigil at 5:30 AM