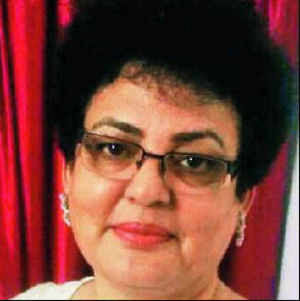 Chandigarh-based Rekha Sharma (in pic) and Patna's Sushma Sahu joined the NCW recently as members.
NEW DELHI: Even as the controversy around appointment of Film and Television Institute of India (FTII) chairperson Gajendra Chauhanrefuses to die, the government has appointed two BJP functionaries as members of the National Commission for Women (NCW).

While one was a district secretary and media in-charge in Haryanawhen PM Narendra Modi was in charge of the state, the other till recently was BJP's Mahila Morcha chief in Bihar.

Chandigarh-based Rekha Sharma and Patna's Sushma Sahu joined the NCW recently as members, taking the count to three members and one chairperson. The move has been slammed by women's rights activists who have questioned the credentials of the two appointees, saying the commission was reduced to a "political parking lot".

This comes at a time when efforts of the women and child development (WCD) ministry to strengthen the commission by giving it more teeth have been repeatedly stymied. The much touted NCW bill continues to be on the backburner.

Sharma's profile on the commission's website said she ran her own event management centre by the name of 'Chavi' where she organized "engrossing seminars and debates" and also ran an NGO called Haryana Mahila Uthan Samiti which works for the empowerment of rural women in Haryana. The profile also describes her as a social media activist.

Sharma claimed she had worked closely with Modi between 1996 and 1998 before he became Gujarat CM.

"I learnt a lot from him. The way he moves… his way of working is very fast, he takes decisions very quickly. He walks the talk," she said, adding that she would be turning her attention to women's shelter homes and monitor their running.

Sharma is married to an Army officer and worked in various family welfare activities within the Army. Her father was closely associated with the RSS and the Vishwa Hindu Parishad.

Patna-based Sahu, who joined the commission last week, has been a BJP member for 14 years, first as a municipal councilor for two terms and then as the women's cell head. Sahu, who taught at Patna University, said she was keen on working on improving legislation related to women.

Asked about the Modi government, Sahu said it was like "ayurveda or homeopathic" medicine that looked at long-term policy solutions. Sahu said she was a victim of domestic violence and had raised her daughter as a single parent. "I have seen the pain and stigma attached to a divorcee and a single parent very closely and I can't bear exploitation. I want to be the voice of the women who face injustice not for popularity but for justice," she said.

Commenting on the new appointments, Centre for Social Research's Ranjana Kumari said, "Whether it is Congress or BJP or any other party, this institution (NCW) has been weakened consistently. It has been made a political parking lot where the competence of its members never matches the job assignment. It has been disempowered as a women's agency which is convenient for the political class."

http://timesofindia.indiatimes.com/india/After-FTII-BJP-netas-in-womens-panel/articleshow/48704082.cms
--
Pl see my blogs;
http://ambedkaractions.blogspot.in/
http://palashscape.blogspot.in/
Feel free -- and I request you -- to forward this newsletter to your lists and friends!
Posted by Palash Biswas at 11:05 AM