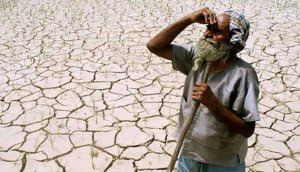 "We found that the tehsildar and his staff are trying to delay the case, so we approached Joshi," said Muddasir Ayub Varekar, who owns the largest tract (51 acres).

"Seeing how the dna report put pressure on cops and revenue officials to accelerate Idris' case, we felt encouraged," Varekar said. Idris himself said the police had swung into action in his case. "For years when I went to the police, the way they spoke to me, I felt like I was the criminal. Now, after the report their demeanour has changed," he said.

One of the trio against whom the FIR was lodged, Ashok D Kulkarni, has approached dna saying he himself is a victim.

"Unhappy with irregularities, I legally dissociated from the firm, New Shree Swami Samartha Borivade Housing Company, in 2010. Yet, my signatures from old documents have been used to forge documents, which I am not even party to," said Kulkarni, who has moved both HC and SC.

He has also filed another case in SC about a 21-acre parcel inVersova. "This land, owned by Apna Ghar Coop Housing Society, was sought to be redeveloped by his firm. He fraudulently misrepresented the society members, leading to a legal tangle," he said.

Sources at tehsildar's office admitted that tehsildar Vikas Patil was under considerable pressure to help out Walawalkar. "There is still a move to fraudulently change the ownership of another 124-acre plot," said a source. dna is in possession of the request for this 'mutation entry' in the revenue register made on March 30. "They are trying to push for making the change before any inquiry begins."

Patil was defensive when approached. "I can only say I will not allow anything illegal to happen."

--
Pl see my blogs;
http://ambedkaractions.blogspot.in/
http://palashscape.blogspot.in/
Feel free -- and I request you -- to forward this newsletter to your lists and friends!
Posted by Palash Biswas at 7:58 AM