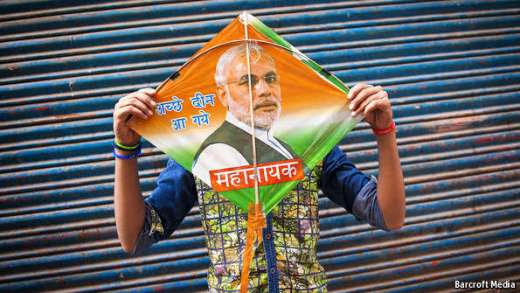 ASKED about his strategy towards Pakistan, Narendra Modi, India's prime minister, said that he wanted "friendship: I keep trying to find new ways all the time." After telling The Economist so, in May, it briefly looked as if the tetchy relations between the nuclear-armed neighbours would improve. Mr Modi agreed with his counterpart,Nawaz Sharif, to visit Pakistan next year for a regional forum. And the two leaders said their national-security advisers would meet in Delhi on August 24th.

It would have been the first proper conversation since Mr Modi scrapped talks between senior diplomats, on a pretext, a year ago. But it flopped before it began. First Pakistan's generals were furious that Mr Sharif agreed that the agenda would include terrorism (India's top concern) but not the disputed region of Kashmir (the generals'). Then gunfire was exchanged over the "line of control" in Kashmir. Adding to the ugly mood were terrorist attacks in northern India, which India blamed on Pakistan. Both sides gave up on the security talks, though they are badly needed.

Mr Modi can claim that India reaches out to Pakistan only for thePakistani army, which controls foreign policy and matters of security, to slap away his proffered hand—just as it blocks freer trade and backs terrorists who attack India. On a planned trip in September to America, or on his just-installed hotline to the White House, he will present Pakistan's army as the perennial troublemaker. Rubbing it in, in September India will celebrate the 50th anniversary of a short war in which the Pakistani army tried but failed to seize parts of Indian-run Kashmir.

Mr Modi's diplomacy appears to involve making warm statements now and putting off tough steps till later. It is like his style in domestic affairs. The prime minister is a forceful communicator. But he postpones the arduous job of getting things done. His critics say that Mr Modi cares more for the theatre of politics than the hard grind of passing laws or accomplishing reform through compromise. A former cabinet minister complains that Mr Modi's rhetoric is "way ahead of his plans".

An example is the government's claim at the start of the year that it would push through a bill promoting infrastructure and development by making it easier to acquire land from landowners. Yet the parliamentary process was managed poorly. After much confrontation, the government withdrew crucial parts of the bill in August, boosting opposition morale.

Similarly Mr Modi and his finance minister, Arun Jaitley, have vowed that a uniform goods-and-services tax (GST) will be in place by next April, fostering the kind of single market India badly needs. Yet in this summer's parliamentary session, neither man reached out to opponents in the Congress party, and nothing got done. A special one-off session might yet be called to pass the GST, but only if government and opposition can compromise. If not, a big, long-promised reform will be delayed again.

Elsewhere, an ambitious goal announced last year to deal with appalling public hygiene and water pollution has seen only modest follow-up. Investors grumble that promises to simplify tax laws, cut corporation tax and privatise state firms have come to little. Talk of creating millions of jobs on the back of an infrastructure boom now sounds empty. 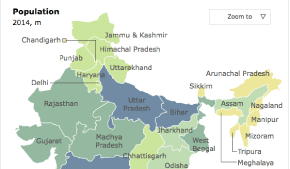 A continent masquerading as a country: Explore India in our interactive map

This week India's media were agog when 75,000 people, including postgraduates and engineers, applied for 30 posts as "peons"—office boys—in Chhattisgarh's state government. And hundreds of thousands of protesters belonging to the Patel or Patidar caste shut down Ahmedabad, the commercial capital of Gujarat state, which Mr Modi used to run, leading to violence including eight deaths. The Patels demanded official favours for their caste, despite its success in business, including control of Gujarat's huge diamond-cutting business. Both developments suggest that many ordinary people do not share the government's upbeat rhetoric about economic prospects.

Mr Modi's defenders say he is far more active than previous leaders, and that voters understand that change takes time. Signs of fresh interest in Indian manufacturing include news that Foxconn, a Taiwanese manufacturer, may spend $5 billion on a factory in Maharashtra to make smartphones. Mr Modi's Bharatiya Janata Party (BJP) remains popular, winning a string of municipal elections in Karnataka, Madhya Pradesh and Rajasthan in August. And a big national opinion poll taken early in August suggests that 79% of Indians still approve of Mr Modi.

But a tougher electoral test comes in Bihar, a northern state of over 100m people with assembly elections expected in October. The BJP did unexpectedly well there in the general election last year, winning 22 of 40 parliamentary seats. Any worse performance this time would hurt Mr Modi, who is campaigning hard in the state. Opposing the BJP is a coalition led by the incumbent chief minister, Nitish Kumar. He hopes for a repeat of state elections in Delhi, in February, when non-BJP parties in effect backed a single outfit (Arvind Kejriwal's Aam Aadmi Party) and won in a landslide.

Caste and religious identities matter especially in Bihar, a reason why Congress complained this week about the much-delayed release of census data collected in 2011 on religious affiliation. It shows that India's Muslim population has grown substantially quicker, accounting now for 14.2% of the population, than the majority Hindu one, which has just slipped to under 80% for the first time. The Muslim population in Bihar is especially fast-growing, and Congress warns that some campaigners in an already violent race will use new data to rally Hindus against minorities.

Pl see my blogs;
http://ambedkaractions.blogspot.in/
http://palashscape.blogspot.in/
Feel free -- and I request you -- to forward this newsletter to your lists and friends!
Posted by Palash Biswas at 11:18 AM