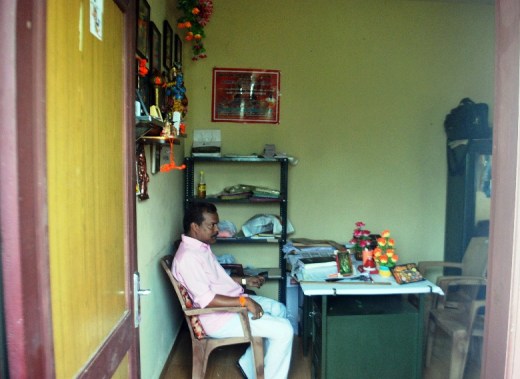 A tiny room in a building in Kozhikode's Puthiya Palam area serves as the office of the Hanuman Sena, an organization that is largely unheard of in Kerala.

The wall of the office is lined with placards. One of them reads: "Forsake your subscription of Mathrubhumi which has insulted Lord Srirama Chandra". 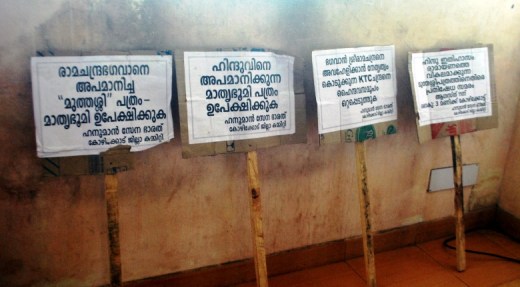 Office-bearers of the Hanuman Sena who were in the room spoke triumphantly about their success in stopping renowned literary critic Dr MM Basheer's column about the Ramayana in Malayalam daily Mathrubhumi.

The Indian Express's Amrith Lal broke the story on Friday that 75-year-old Basheer was forced to stop his column in the newspaper due to a "sustained campaign on the telephone by unnamed persons who upbraided him for writing on Rama when he was a Muslim".

As a part of the Karkkidakam month – popularly called as the Ramayana month – Mathrubhumi had organized a series of articles titled "Stories of Rama with Utmost Reverence" on the Ramayana. Other writers whose columns were featured include Late S Guptan Nair, Additional DG of Kerala B Sandhya and vedic scholar Thuravoor Vishwambharam.

Basheer was to write a six-part series, but stopped short of the last one as he was unable to bear "being reduced to just a Muslim" at the age of 75.

"Why should a Haji write about the Ramayana? We have so many Acharyas in Kerala let them write," says Thulasidas the district president of the Hanuman Sena.

Speaking to The Indian Express, Basheer said he was pained by what had happened.

"The callers would ask me what right I had to criticise Lord Rama. My series was on Valmiki Ramayana. Valmiki depicts Rama with human characteristics and does not shy away from criticising his actions. The callers were taking exception to the poet's criticism of Rama, which was given in quotes." 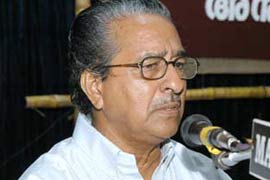 Basheer has been associated with the modernist movement in Malayalam literature. His doctoral work on Malayalam poet Kumaran Asan is widely considered one of the most authoritative works on the subject.

But Hanuman Sena says Basheer's fame or seniority is not their concern.

"Instead of focusing on Lord Rama, the columns highlighted Ravana. Ramayana talks about family relationships in detail. If he tries to give his interpretations, we will react badly," says the Sena's state president Bhaktavalsalan.

"Posters were pasted here and there against the column. Dr MM Basheer has been writing in Mathrubhumi for a long time, he has written about Ramayana last year too. There were others also writing columns about Ramayana. But certain people seem to have got offended with his religion. We did not ask him to stop writing the column," says V Raveendranath, Mathrubhumi Deputy Editor Kozhikode.

The Hanuman Sena has been in existence in Kerala for less than three years and the group was not forthcoming about the number of members they have. Those in the know say that they have around 50-60 members across state.

"Yes, we are a small group. We marched to the Mathrubhumi office. You can interpret this how you want, but now that we are here, we will not let such things go on," says Thulasidas. 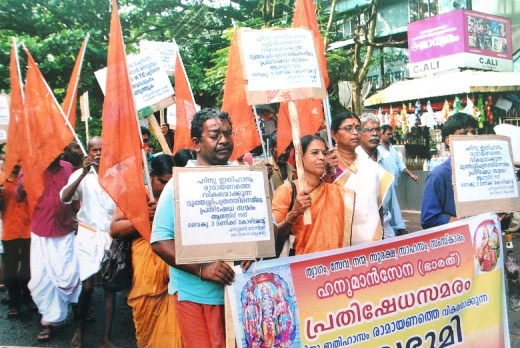 Long before the Hanuman Sena even came into existence, Basheer was already a giant in the Malayalam literary world. His columns forMalayalam newspapers have been on a range of subjects including the Quran, Sree Narayana Guru, and the Ramayana.

In a phone conversation that The News Minute has a copy of, a Hanuman Sena member is heard questioning an editor with the paper on why they allowed someone without knowledge of the Ramayana to write a column on it. When the editor explains that Basheer is a well known author, the man counters that there was 'vested interest in projecting Lord Rama in bad light.'

Both Thulasidas and Bhaktavalsalan insist Basheer has glorified Ravana, however, none of the five columns Basheer wrote displayed any overt glorification of Ravana. Instead it engages with the moral dilemma that Rama is in, while asking Sita to take an agnipareeksha (trial by fire) to prove her virtue after being Ravana's prisoner.

In the column on Sita's agnipariksha, Basheer says that when Sita offered to undergo the test Rama did not object. When she passed through the fire unscathed, the Devas tried to convince Rama to accept her but he refused, saying that Ravana may have touched her mind. Basheer ends his column by saying that when it comes to their wives, men's paranoia trumps any notion of justice.

In another column, he explores the question of why sage Valmikiincluded passages in which Rama castigates Sita. Would that not diminish Rama's persona? Basheer concludes that Valmiki was showing us the darkest corners of the human mind and that if one reads Sigmund Freud or Havelock Ellis, it is evident that even Lord Rama cannot be blamed for being a man who has certain paranoias when it comes to his wife. He says that Valmiki's narration of these episodes show him as a writer who has understood the human mind.

In his third column titled 'Anthardhanam' that appeared on August 6, Basheer argues that Valmiki's Ramayana projected Rama and Sita as humans. He says that the fact that Ramayanas written by other authors later could not fully do away with Valmiki's portrayal of Rama's 'human' qualities proves Valmiki's greatness.

In his last column, Basheer deals with Sita's "self-awareness", which manifests when Rama goes into the forest in search of a deer that caught Sita's fancy, leaving Lakshmana as her guard. When they hear 'Rama' screaming, Sita asks Lakshama to find out what was happening, but he was reluctant to do so. At this point, her "self-awareness" and "self-respect" makes her accuse Lakshmana of lusting after her. In all the five coumns that appeared between August 3 and 7, Basheer only delves upon Rama's 'human qualities and his weaknesses as a husband'. The author also writes that Rama was first a king, then a husband, and that explains his decisions.

It appears to be a case of rag tag organizations flying the saffron flag intimidating litterateurs and authors based on their faith or allegiances. MM Basheer is yet to clarify whether there was any effort by Mathrubhumi to not bow down to the threats from Hanuman Sena. However, the silencing of literary voices, by questioning their credentials to critique works like Ramayana sets a disturbing precedent. 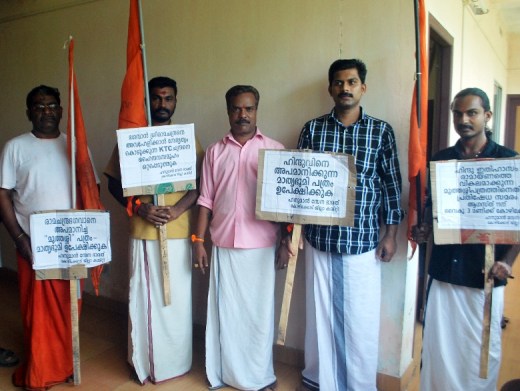 --
Pl see my blogs;
http://ambedkaractions.blogspot.in/
http://palashscape.blogspot.in/
Feel free -- and I request you -- to forward this newsletter to your lists and friends!
Posted by Palash Biswas at 9:27 AM