Ali played the greatest ever bout against American IMPERIALISM of Apartheid,when he faced the wrath of the State like a Champion and stood rock solid for Humanity and Nature!Muhammad Ali's greatest quotes!

The Greatest Human Being, Who refused to join Army against Vietnam rather faced State`s Ban and Punishment, the Artist,the Bengali Ali,Muhammad Ali's greatest quotes thanks to MSN 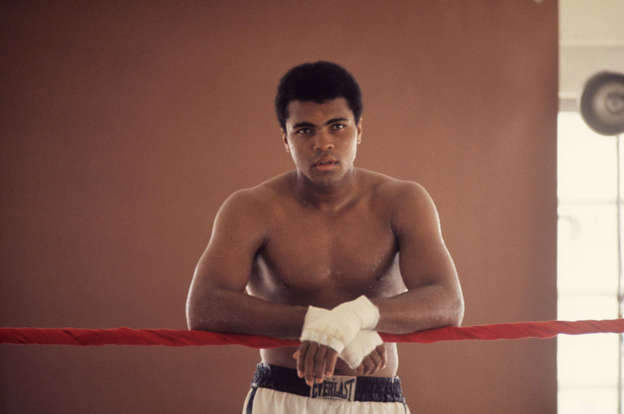 © REX/PHOTOREPORTERSThe Greatest is no more and the greatness to fight inequality and injustice remains!

Bangladesh Included him as a Bangladeshi citizen and Ali was welcome in Dhaka with the eternal Canting Ali Bengali.

The city of joy mourns its greatest hero who never lost the fight against APERTHEID.He punched as an Artist with the skill of Black Cobra to Change this World.

Ali played the greatest ever bout against American IMPERIALISM of Apartheid,when he faced the wrath of the State like a Champion and stood rock solid for Humanity and Nature!

1. "Float like a butterfly, Sting like a bee, your hands can't hit, what your eyes can't see."— Prior to his fight against George Foreman in 1974.

3. "No I'm not going 10,000 miles from home to help murder and burn another poor nation simply to continue the domination of white slave masters of the darker people the world over." — On April 29, 1967, while refusing to fight in the Vietnam war. 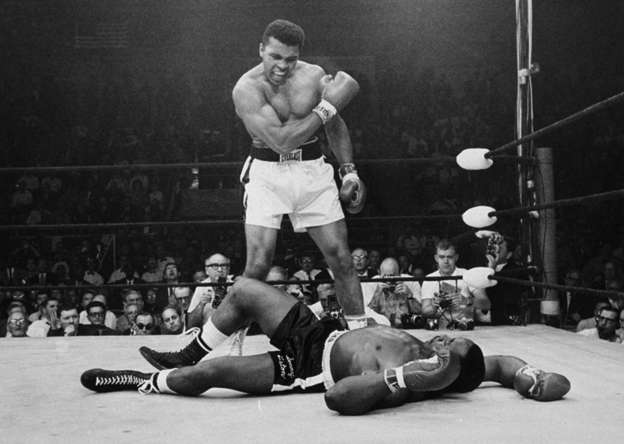 5. "I am America. I am the part you won't recognize. But get used to me. Black, confident, cocky, my name not yours. My religion, not yours; my goals, my own; get used to me."— In 1970 when he was convicted of draft evasion.

6. "I hated every minute of training, but I said, 'Don't quit. Suffer now and live the rest of your life as a champion."— On working hard

7. "Ain't no reason for me to kill nobody in the ring, unless they deserve it."— Ali commented after the match with Jimmy Ellis in July 1971.

8. "Boxing is a lot of white men watching two black men beat each other up"— In "Chambers Sporting Quotations‎" (1990) by Simon James 9. "To make America the greatest is my goal, so I beat the Russian and I beat the Pole. And for the USA won the medal of gold. The Greeks said you're better than the Cassius of old."  — After winning the Olympic light-heavyweight gold medal at the 1960 Games in Rome.

11. "My soul has grown over the years, and some of my views have changed. As long as I am alive, I will continue to try to understand more because the work of the heart is never done."— "The Soul of a Butterfly: Reflections on Life's Journey" (2004), written with Hana Yasmeen Ali.

12. "I always bring out the best in men I fight, but Joe Frazier, I'll tell the world right now, brings out the best in me. I'm gonna tell ya, that's one helluva man, and God bless him." — After the 'Thrilla in Manila.' 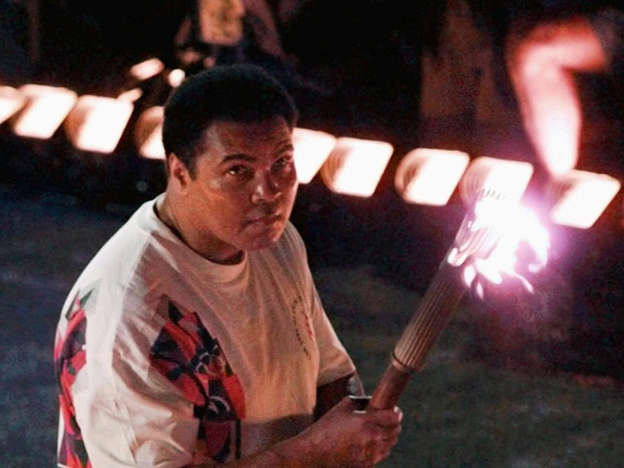 13. "Friendship is the hardest thing in the world to explain. It's not something you learn in school. But if you haven't learned the meaning of friendship, you really haven't learned anything."

14. "Only a man who knows what it is like to be defeated can reach down to the bottom of his soul and come up with the extra ounce of power it takes to win when the match is even."

15. "It isn't the mountains ahead to climb that wear you out; it's the pebble in your shoe."

16. "It's lack of faith that makes people afraid of meeting challenges, and I believed in myself." 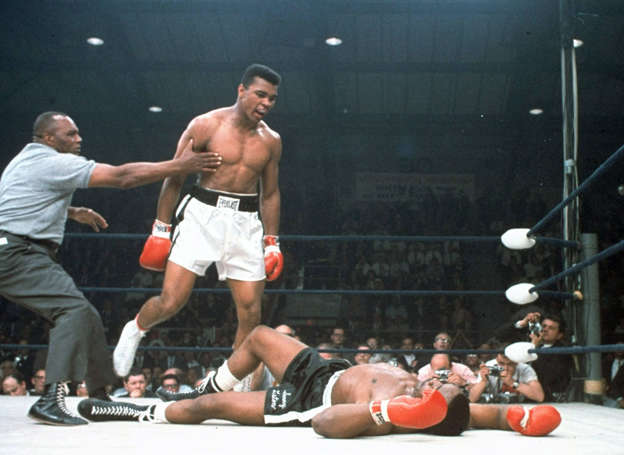 18. "I'm the most recognized and loved man that ever lived cuz there weren't no satellites when Jesus and Moses were around, so people far away in the villages didn't know about them."

19. "Live everyday as if it were your last because someday you're going to be right."

20. "If you even dream of beating me you'd better wake up and apologize." 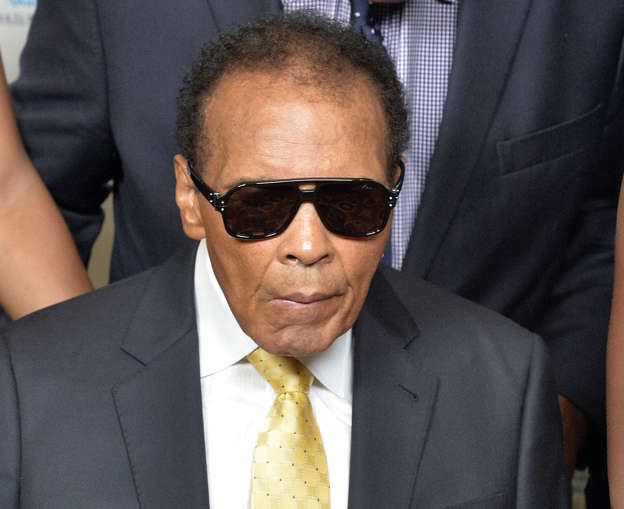 21. "I wish people would love everybody else the way they love me. It would be a better world."

25. "If you sign to fight me, you need speed and endurance but what you need most is to increase your insurance." 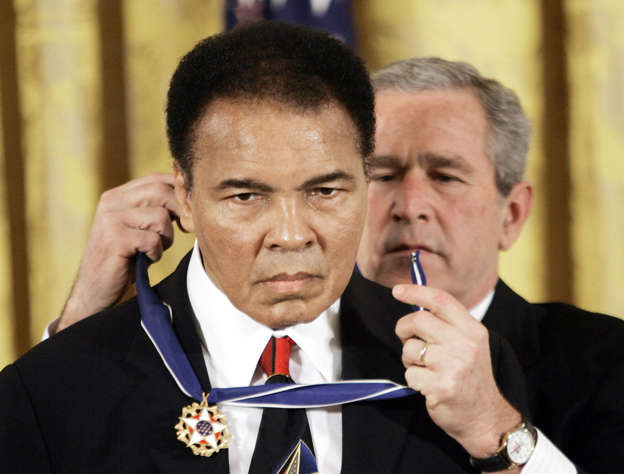 28. "When you can whip any man in the world, you never know peace."

29. "The will must be stronger than the skill."

30. "There are no pleasures in a fight, but some of my fights have been a pleasure to win." 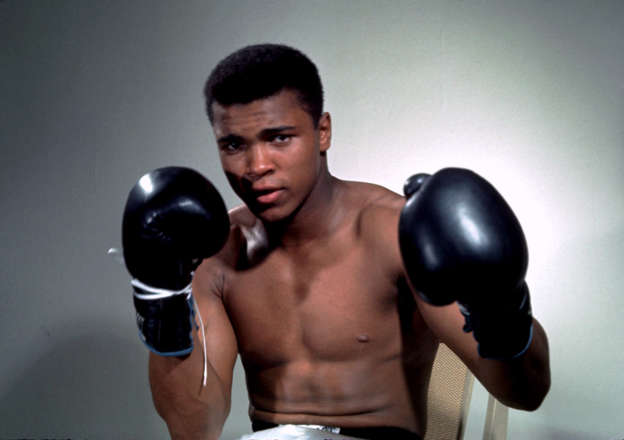 Video player from: Dailymotion (Privacy Policy)
--
Pl see my blogs;
http://ambedkaractions.blogspot.in/
http://palashscape.blogspot.in/
Feel free -- and I request you -- to forward this newsletter to your lists and friends!
Posted by Palash Biswas at 9:29 PM