Why the attacks on JNU? Because it’s an anathema to RSS ideas #StandwithJNU

Why the attacks on JNU? Because it's an anathema to RSS ideas #StandwithJNU 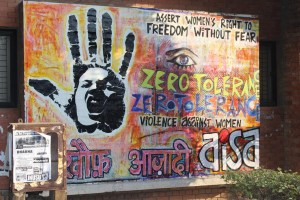 Why Kanhaiya Kumar, the JNUSU President, was arrested? Was it JNUSU that organised the event last week in which some raised anti-India slogans? No, it was not. Did Kanhaiya raise the slogans or endorse them? No, he didn't. Did any of the main Left students groups on the campus, including Kanhaiya's AISF and the SFI, endorse those slogans? Certainly not. Then why he and his comrades are under police custody with sedition charges? The event was organised by a group of students who were associated with the DSU, a pro-Maoist organisation. The JNU admin had initially given permission to the event, but withdrawn it minutes before it was scheduled to begin in the wake of threats issued by the ABVP. The students still went ahead with the programme. This had happened earlier as well, the most recent being the screening of a documentary on Muzaffarnagar. The slogans were given by a handful, and the Leftist organisations on the campus have clearly distanced themselves from such acts. But the police are going after Leftist students, while the ABVP is busy painting them "anti-nationals".

Secondly, even if there are those who gave the controversial slogans among the arrested, on what grounds have they been slapped with sedition charges? The sedition law itself is a draconian one, a stifling hangover of the colonial past. Still, the Supreme Court has laid down, in several cases, specific conditions for the law to be invoked. As Shivam Vij points out in his HuffPost article, in 1962, the apex court said sedition law should be invoked in incidents where violence or direct incitement of violence is involved. Does raising slogans amount to real and credible threat of violence against the nation? While granting bail to Binayak Sen, who was being tried under the sedition law, the Supreme Court said in 2011, "We are a democratic country. He may be a (Maoist) sympathiser. That does not make him guilty of sedition."

Thirdly, why this selective nationalist outrage? Ever since thisgovernment came to power we see Hindu nationalist groups issuing threats to the republic and some of its leaders. A group recently observed the Republic Day as black day, and took oath to make India a Hindu Rashtra, in an open threat to the Constitution and the Republic. A Hindu Mahasabha leader took pride in the fact that one of their members killed Gandhi and publicly threatened to kill Arvind Kejriwal, a chief minister. The same group is commemorating the death anniversary of Godse, who was hanged by the state for assassinating its father, as Balidan Divas. Has the government invoked sedition charges in any of these cases? It didn't. I am not saying the Hindu nationalists should also be charged under sedition. The governmenttolerated them. Okay, it's fine because we're a democracy. But why the same rights are not given to the students? (I am talking about those who actually raised the slogans, not those being indiscriminately witch-hunted by the government). Why this selective outrage?

Lastly, we all know why this government is after JNU. It's simple. It's not because of nationalism, but because the university promotes critical thinking and produces a lot many students who don't buy into the wicked, hate-filled, pre-modern world view of the Sangh. RSS has long wanted to tame this culture of dissent. From the top echelons of the Sangh to the local social media Sanghis, all share a visceral hatred towards JNU, just because of this reason. Not long ago, the Sangh mouthpiece called JNU "a huge anti-national block". They were waiting for an opportunity. Unfortunately, the objectionable slogans raised by a few have played everything to the hands of the Sangh. With the ABVP thugs acting like stooges of the Sangh ruling class, things were easy for the police. And they have a VC, appointed by this government, who gives the police a free hand to interfere on the campus. This police operation also provides the government an opportunity to deviate the public attention from the suicide of Rohit Vemula, and, to an extent, take revenge on students in general who have been agitating consistently against this government for the last one and a half years.

The JNU students community is more organised than its counterparts in other major educational institutes in the country. It won't be easy for the government, despite using state power, to muscle them down. Yes it's almost dark. But the night hasn't fallen, not yet.

--
Pl see my blogs;
http://ambedkaractions.blogspot.in/
http://palashscape.blogspot.in/
Feel free -- and I request you -- to forward this newsletter to your lists and friends!
Posted by Palash Biswas at 7:20 AM