Hereby ,I issue a warning!Please spare our boys and girls in the campus beyond identities!Or face the consequence! If we want to bring forth the change ,we should behave panchsheel first and restrict these unwanted elements who try to defame the plight and empowerment of the Dalit to justify the Manusmriti Rule,inherent injustice and inequality! Palash Biswas 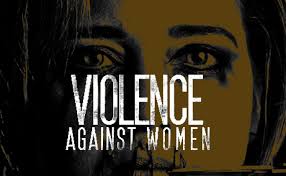 Let me confess!I am also very very impulsive as much as nay one from the agrarian rural India.I burn out the anger and try my best to deposit the anger for the next blast in creativity but sometimes I explode.

My rivals in my profession know my weakness very well as I am linked with them round the clock and a few of them always tried to provoke my anger to kill me.

Sometimes I had been trapped and I have paid for it.

My young students,our children should learn from my status!Please skip the traps!

Last night a research scholar from a central university called me again ad again as I could not respond immediately because I skip unknown numbers.She is a girl and doing her research from an eminent central University,I would not name the university lest the girl would be exposed.

I have been well aware of the politics in universities.

But the girl stumped me when she declared that perhaps she would opt for Rohith Veluma option as she is persecuted by Dalit Professors selected on Dalit quota in her department who declared that they would spoil her career as she joined the #justiceforrohit campaign in the campus with Ambedkar Studnets` Assciation along with Leftist students!

Is this Ambedkar Mission?

Is this the way to justify Resrevation?

denial of empowerment for Dalit Woman.The concerned Professors should be aware that is a criminal case amounting violence against woman!If we act accordingly,they would have to pay very dearly!

The concerned Dalit  Professors treat this adventure as betrayal to Dalit cause and used other girls as witness to create false case against her.

What a Dalit cause?

How blind is the identity ideology as much as Manusmriti itself!

In that case too,his friends were the witness to create false charge sheet against him,I was not astonished.

But the latest case stunned me.

Later I talked to Dr.Anand Teltumbde to know the situation at ground zero.He confirmed that universities have been reduced to inhuman factories of torture an persecution of most brilliant students.

RSS is very very prominent these days in any campus,it is expected .But the Dalit professors are also identity blind as much as RSS goons and would never allow freedom for their students.

For me it is another cause of shock that at I personally know at least one professor who is all set to kill the girl and he belongs to UP as the girl also belongs to UP,the changed Cow Belt.

What a change to celebrate!

I,however,advised the girl who is very very strong as her agrarian home ground to deposit the anger as I do.I suggested her to focus on her studies only for the time  being and believe in us who are responsible to protect any of the Indian children whatever be the caste,religion,race or language!We stand with any one of them!

Then,I assured her that we stand with her and we would not allow any replication of Rohith Veluma phenomenon and would trade the extra miles.

I repeat,I advised her to concentrate on her studies.

If things worsen,I have to ambush the university and I a can!Students countrywide should get this message that they no more should opt for Rohith Vemula ultimate as the Nation stand united with them rock solid as never before.

If I come to know that my friends are involved in such cases,my anger would explode yet again and I may restrain the victims but I am afraid that I might not restrain myself.

Whoever,whatever might be his or her status, wants to spoil our dearest students` life and career,I promise to make hell losing against them and no one would be able to restrict me as long as I live!I am not in any mood to spare these unwanted criminals any more.

--
Pl see my blogs;
http://ambedkaractions.blogspot.in/
http://palashscape.blogspot.in/
Feel free -- and I request you -- to forward this newsletter to your lists and friends!
Posted by Palash Biswas at 12:05 AM