Bhim Yatra- Day 50;"All we want is to live in dignity and we will not allow our children to ever do this work" - Nagamma (liberated manual scavenger)

"There are so many manual scavengers in this town and so many different forms of manual scavenging. When will this government give us rehabilitation to live in dignity" - Narayanamma (manual scavenger liberated in 2001)

The bus had halted for the night in Ambedkar Nagar of Anantapur town in Anantapur district. On 28th morning, the Yatris sat down with the safaikarmacharis to discuss and plan the yatra in Anantapur town. Narayanamma (the first manual scavenger liberated by SKA who used to clean a public toilet of 600 dry latrines every day), Kulaippa, Devamma, Kulaiamma, Nagamma, Subash, Peddakka, Susheelamma, and many other liberated manual scavengers gathered for this discussion. After making the plan everyone boarded the bus and moved to Ambedkar circle. The liberated women garlanded the statue of Ambedkar and after shouting slogans in honor of Dr.B.R. Ambedkar, more than 1200 people gathered and started the rally with banners, flags and placards. Shouting slogans, singing songs and with drum beats the 1200 strong crowd marched 2 kms  to the collector's office.

When the rally reached the collectors office and demanded to meet the collector. A large battalion of police stopped the safaikarmacharis and did not allow us to enter. They said "Collector is out for a peace meeting and so cannot meet. Wait inside your tent till she comes back. We will call you and then about  10 of you can go and meet him" We refused to budge and sat at the gate of the collectors office. The sun was very hot and we sat there without any shade for two hours shouting slogans and beating drums. Many safaikarmacharis and community leaders spoke to the crowd at that time using loud speakers. We spoke about the yatra, its purpose, stop killing us, 2013 manual scavenging prohibition Act, Supreme Court judgment and the culmination event on 13th April. Finally at 12.30 PM the DRO came out to meet us. We demanded to him to give rehabilitation and 40,000 compensation to all the 850 manual scavengers identified in Anantapur district by SKA. He agreed that we had met the collector many times to hand over the list and petition since March 2015 and on 16.11 2015 also. We showed him copies of memorandums submitted. He immediately called the Joint collector and asked him to issue show cause notice to all the municipalities and gram panchayats.  Mr. Ram Naik ED of SC Corporation also came and met us. He also agreed that the government must not waste any more time to start the rehabilitation process. He said that he will ensure that all rehabilitation is given in a weeks time. After this we went back to our tent in front of the collectors office and shouted slogans and beat our dreams for a long time. Then everyone boarded the bus and went back to Ambedkar nagar. We rallied through all the streets of Ambedkar nagar, The community gave us dinner and we spent the night there. 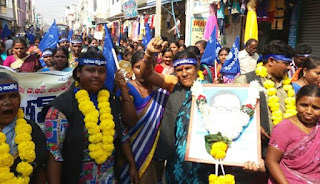 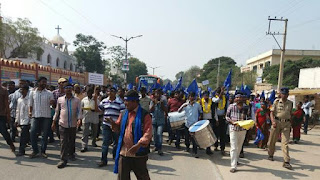 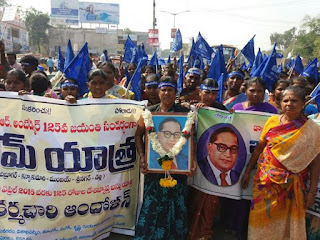 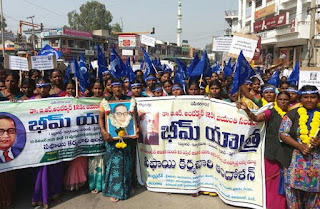 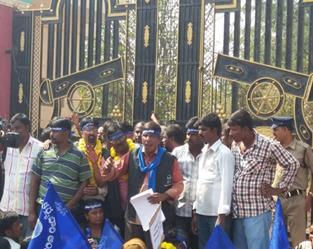 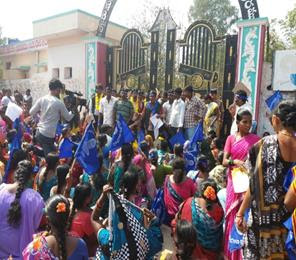 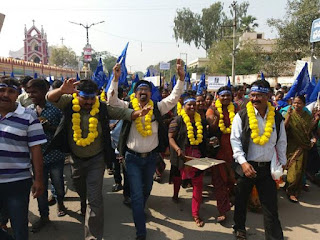 --
Pl see my blogs;
http://ambedkaractions.blogspot.in/
http://palashscape.blogspot.in/
Feel free -- and I request you -- to forward this newsletter to your lists and friends!
Posted by Palash Biswas at 7:35 AM