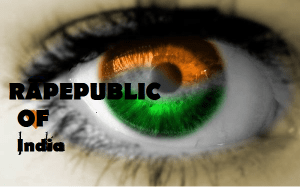 A delegation of AIDWA Haryana visited Murthal yesterday for fact finding in the case of alleged mass rapes of women during the Jatreservation agitation.

The delegation interacted with many villagers and roadside Dhabaowners who appeared to be terrorized.

Murthal is situated on a busy highway connecting Delhi to not only Haryana but Punjab and Himachal as well. The families that were targeted were those who were passing through Murthal to attend marriages or visiting relatives in other states. Such families were in particularly vulnerable situation because of lack of local information and any support structure.

It is to be noted that Murthal was the only place in Haryana during the entire duration of the agitation where the police stepped in to provide transportation to the stranded travelers to ensure their exit. This fact raises further suspicions regarding the extent of the danger and seriousness of the law and order situation which appears to be beyond what is reported by the police.

It also came to the light that once the police intervened in the situation they discouraged the victims of sexual assault and their families from lodging formal complaints. The police argued that there was no chance of identifying and intercepting the culprits in the current situation and lodging of complaints will only result in bringing further trauma and dishonour to their families.

On the other hand, the police went on to strictly warn the locals of dire consequences if they open their mouth on the issue. They were threatened that the youth of their villages would be framed in police cases if they confirm to the occurrence of the sexual assault incidents.

However, on the basis of total inputs gathered the team is of the opinion that occurrence of heinous crime of sexual assaults cannot be ruled out.Hence, it is necessary to hold a high level enquiry into these reports of such grave nature. AIDWA demands immediate constitution of an SIT and ensure proper representation from the women's organisations in it as the whole state machinery is in a complete denial mode of the sexual assaults.

--
Pl see my blogs;
http://ambedkaractions.blogspot.in/
http://palashscape.blogspot.in/
Feel free -- and I request you -- to forward this newsletter to your lists and friends!
Posted by Palash Biswas at 11:03 AM