Please stand united to face the calamity in Chennai.Please activate all agencies to save India stranded in Chennai!

Please stand united to face the calamity in Chennai.Please activate all agencies to save India stranded in Chennai!

Bay of Bengal sends RED Signal! Red Alert!
We feel the chill in our spines in Kolkata too.
India remains stranded in Chennai!

Chennai is battling worst rains in nearly 100 years, breaking century-old rainfall records. Heavy to extremely heavy rains have been lashing at the south city for quite some time now, triggering floods. Heavy to very heavy rain is still expected to batter Chennai and adjoining cities for next 48 hours.

But what is causing this incessant rain over the southern state and its coastal city? Chennai resembled a disaster zone on Wednesday with torrential rain submerging homes, roads, rail tracks and the airport runway, and defence personnel leading rescue work and distributing food packets in the suburbs. Schools, shops, factories and offices were shut, and phone and power lines cut as two weather stations of the India Meteorological Department (IMD) in the city recorded 249.1 mm and 345.1 mm of rain, respectively. The state government issued an advisory to private firms to declare holidays for their employees on December 3-4 in Chennai, Kancheepuram and Tiruvallur.Auto, IT firms suspend operations in the face of floodsSouthern Command coordinates rescue operations in Chennai

Tropical moisture from the Bay of Bengal surged back into southern India, drenching areas from Nagapattinam to Nellore this week, and the threat will continue into this weekend. 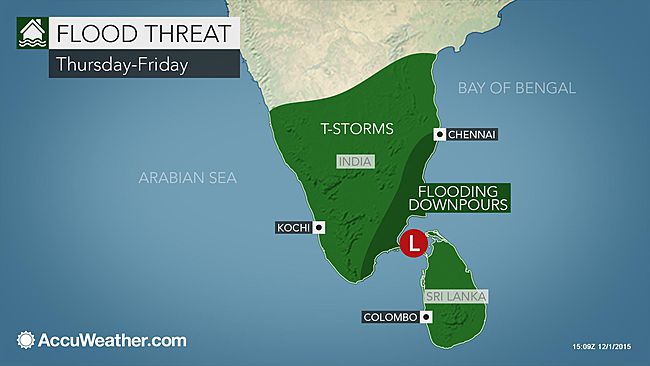 The unsettled weather will persist into the weekend across Tamil Nadu, while also impacting Kerala and far southern Karnataka.

The most numerous downpours and heaviest rainfall will be focused on the southeast coast of India from Ramanathapuram northward to Chennai on Thursday and Friday.

New flooding problems will remain a concern with additional rainfall of 100-200 mm (4-8 inches) from Thursday through Sunday. 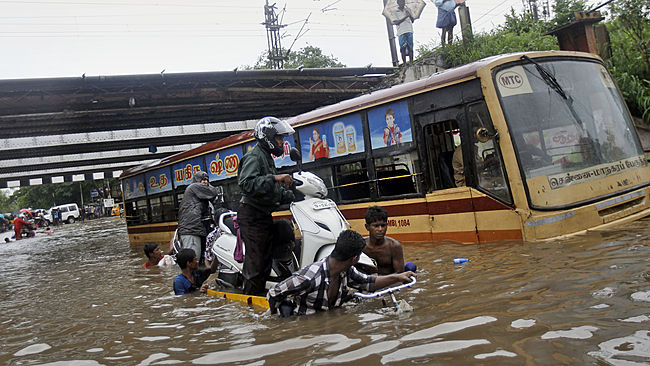 Indians help a man carry his two-wheeler on a cycle cart as they wade through a waterlogged subway in Chennai, India, Monday, Nov. 9, 2015. (AP Photo/Arun Sankar K.)

Rain-weary southern India is definitely in need of a persistent dry spell, following the wettest November in more than 20 years for some areas.

While November and December are typically wet across Tamil Nadu, this year was exceptional.

Rainfall has been relentless across southern India since early November, resulting in multiple events of flooding from Chennai to Kochi. 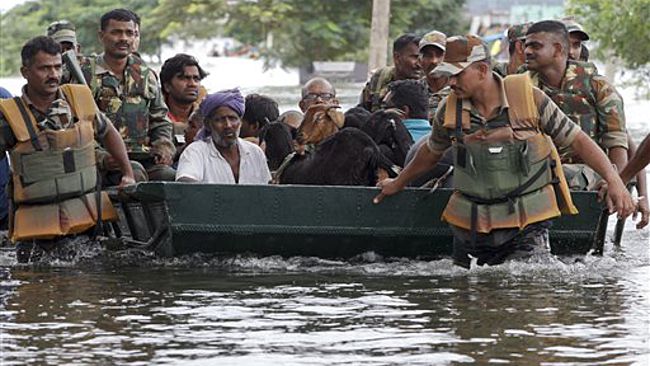 For the month of November, Chennai has reported 1,024 mm (40.31 inches) of rain, more than 300 percent of the normal rainfall that is expected for the entire month.

December continued this wet pattern as more than 300 mm (12 inches) of rain fell in Chennai on the first day of the month. This is the wettest December day in more than 100 years of records in Chennai.

This most recent rainfall has resulted in closure of Chennai's airport along with widespread road closures and power outages according to the Associated Press. At least 188 people have died from flooding in Tamil Nadu since November.

A similar weather pattern in November 1997 resulted in more than 760 mm (30 inches) in Chennai but still fell well short of the recent torrential rainfall.

December 1997 brought continued heavy rainfall to southern India and Chennai during the first half of the month, and this pattern looks very similar to what is expected this December.

Continuing surges of moisture from the Bay of Bengal will fuel scattered to widespread rainfall into next week with above-normal precipitation expected through at least the first half of the month.

Drier weather is expected to finally return before the end of the month, and this will likely continue into January as southern India enters the dry season. 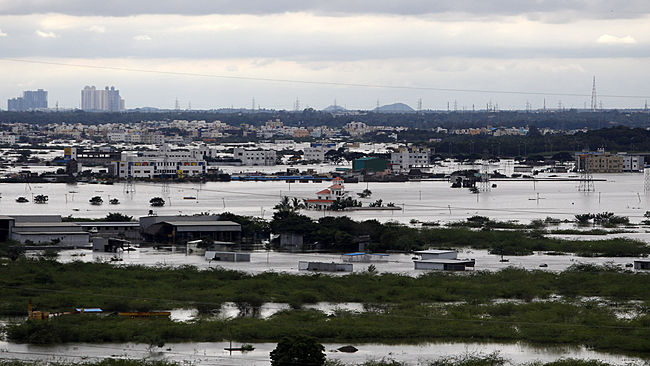 At present, Chennai is in the peak period of the Northeast Monsoon, which is from November 15 till December 15. During this period, we witness most ferocious Monsoon systems developing in the Bay of Bengal that affect the Indian coast.

However this year, this is not the reason behind the torrential rains. According to Skymet Meteorology Division in India, these extremely heavy spells of rain have a strong relation with El-Nino.

El-Nino in 2015 is the strongest on the record, which has the worst impact on Indian weather.

These weather systems moved in the west-northwest direction towards Sri Lanka and Tamil Nadu, triggering heavy to very heavy rain over Tamil Nadu including Chennai.

Normally during October and November, cyclones forming in Central Bay of Bengal move in northwest direction towards Andhra Pradesh and Odisha coast. Under these circumstances, major chunk of rain is recorded over Andhra Pardesh, Odisha and West Bengal.

▶ 4:03
www.ndtv.com › Chennai
Nov 13, 2015
Chennai: Many areas in Chennai were flooded, trains and flights were delayed and schools and colleges ...

Boats Out On The Streets As Heavy Rain Pounds Chennai

▶
indiatoday.intoday.in › Videos › Popular Now
18 hours ago
The weather office in Chennai has predicted more rains in Tamil Nadu over the next 24 hours due to presence ...

--
Pl see my blogs;
http://ambedkaractions.blogspot.in/
http://palashscape.blogspot.in/
Feel free -- and I request you -- to forward this newsletter to your lists and friends!7
Posted by Palash Biswas at 9:38 PM