It is for you to judge!Homeless Collective asks – Salman is not guilty; then who is?

Homeless Collective asks – Salman is not guilty; then who is?

I have not to say anything against justice or judiciary system.I got a mail form our friend Kamayani Mahabal,an Activist based in Mumbai and I could not open the link despite trying again and again.I am just sharing the mail if you might open it and if  allowed.

I am adding Indian Express report on this case and some relevant matter.It is for you to judge! 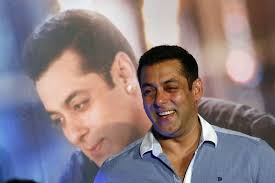 The wee hours of September 18, 2002 saw the death of one homeless laborer and severe injuries to 4 others, courtesy Salman Khan's Land Cruiser. Salman, his fans and the industry have a reason to celebrate today as the Honorable High Court of Bombay has acquitted the superstar of all charges in the hit- and- run case, pointing at the "unexplained and glaring anomalies" in the evidence produced by the prosecution. However, this jubilation does not extend to the Homeless Collective, working with the homeless in the city of Mumbai and the thousands of homeless people who go to sleep each night with the palpable fear of being run over by a luxury vehicle. Our angst is not directed against Salman Khan or against the right and wrong of the verdict because we are not the ones to take call on that. What bothers us is the state's apathy towards the homeless, the system which refuses to acknowledge the perils of living on the street and shirking the responsibility of the death of many, many homeless citizens of this country, who have no option but to risk their lives every day as they sleep on footpaths and streets. By turning a blind eye to the needs of the homeless, denying their existence and treating their life and death as of little consequence, Isn't our system allowing more Salmans, more Pereiras and Nandas to crush lives of the homeless under their speeding BMWs, Audis and SUVs? It is not about who was behind the wheel, it is about why people in one city, forced to sleep on the street?

Hey folks, coined this term " Kracktivism ", check out my blog

Salman Khan hit-and-run case: According to the Bombay High Court, the prosecution failed to prove that the actor was drinking and moreover driving the vehicle on the night of the accident. The Bombay High Court on Thursday acquitted actor Salman Khan of all charges in the 2002 hit-and-run case. The court has directed the actor, who was present in court for pronouncement of verdict, to furnish a fresh cash bond of Rs 25,000 on cancellation of the bond in the trial court.

The Bandra Police Station has been asked to return his passport upon verification.

Earlier, while disposing of the appeal filed by actor Salman Khan against a five year jail term by a lower court in the 2002 hit-and-run case, the court had said that the prosecution had failed to successfully establish the case on all the charges levelled against the actor. Justice A R Joshi disposed of the appeal and said that order will be given once the actor is present before the court.

"Any strong suspicion cannot be enough to hold someone guilty. Prosecution hasn't brought material on record to prove case and its entire evidence was based circumstantial in nature," said Justice Joshi. He said that, while testimony of Salman' s bodyguard Ravindra Patil could be of a direct nature, the court had already said it could not be considered and the trial court had erred in taking it on record.

He said that he was not "oblivious of perception of general public" but the court must decide the case based on material brought on record. Pointing to the order passed by the Sessions' Court convicting Salman for five years, Justice Joshi said that "appreciation of evidence by trail court was not proper as per principles of criminal jurisprudence."

He pointed out that the Sessions Court erred in accepting the bills which were produced by the investigating agency as proof of Salman and friends drinking at Rain Bar.

According to the High Court, the prosecution failed to prove that the actor was drinking and moreover driving the vehicle on the night of the accident.

He also pointed to several hypothesis which were created around the case such as the faulty manner of Investigation where the prosecution failed to establish procedure of connecting chain of evidence with regard to collecting biological evidence. The other point was relating to purposely keeping loose ends so that a favourable order is achieved for the accused.

Hit-And-Run Case: Salman Khan Has Been Acquitted By ...

▶
www.huffingtonpost.in/.../salman-khan-high-court_n_...
7 hours ago
Bollywood actor Salman Khan was on Thursday acquitted of the charge of culpable homicide not amounting ...

▶ 4:48
https://www.youtube.com/watch?v=Vc0Wcm49pzQ
May 6, 2015 - Uploaded by InKhabar
In a major setback to Bollywood superstar Salman Khan and his family, the actor has been sentenced to 5 ...

MUST WATCH II Full story behind Salman Khan Hit and ...

▶ 20:02
https://www.youtube.com/watch?v=rL8bat9n5t0
May 6, 2015 - Uploaded by IndiaTV
2002 Hit-and-Run Case: Salman Khan found guilty by Sessions Court in hit-and-run case. After the ...
--
Pl see my blogs;
http://ambedkaractions.blogspot.in/
http://palashscape.blogspot.in/
Feel free -- and I request you -- to forward this newsletter to your lists and friends!
Posted by Palash Biswas at 6:49 AM