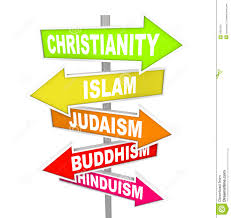 "A good world needs knowledge, kindness, and courage; it does not need a regretful hankering after the past or a fettering of the free intelligence by the words uttered long ago by ignorant men'

The consternation witnessed around release of religious figures in Census 2011 has rather overshadowed an interesting fact which has emerged through this mammoth exercise. It tells us that India has 2.87 million people who have no faith in any religion, which is around 0.24 per cent of our population. Definitely it includes not only atheists, rationalists but all those people who do not believe in any faith but some 'unknown' force.

Definitely it is a welcome development that the state has finally acknowledged their existence and what Dravid Kazhagam leader K Veeramani said 'recorded their voice for the first time in the census'. but a cursory glance at earlier surveys and studies makes it amply clear that the figures are on the lower end.

Take the case of a survey done by the Times of India people with TNS, a leading market research agency to know 'how Indians view God and their faith'.(10 city TOI-TNS poll ( TOI, 26 th Nov 2006) ) It was done across ten cities – Delhi, Mumbai, Kolkata, Chennai, Bangalore, Hyderabad, Ahmedabad, Patna, Lucknow and Nagpur- with 1,007 respondents, and which was restricted to people falling in socio-economic categories A,B and C.

According to the survey three fourths of Indians were strong believers; 72 per cent of those in their twenties strongly believe in god ; mere 11 per cent of respondents saw god as explicitly male ; number of people who said they are more religious today than they used to be was considerably larger than those who felt they had become less religious. The survey also brought to the fore the unwritten divide existing between the south and the north. While according to the survey 92 % of the respondents in the north had expressed their belief in God, the figure slipped to 86% in South. The scepticism of the south was also evident in things like belief in spiritual gurus or on questions less directly connected to religiosity.

Or, refer to the 'Global Index of Religiosity and Atheism' (More Indians have stopped believing in God: Survey, Kounteya Sinha,TNN | May 27, 2013, 05.09 AM IST) which found that 'the number of non-religious people in India has risen.'  While in the same survey in 2005, 87% participants declared themselves to be religious, the percentage fell to 81 % in 2013, a drop by 6 % in seven years. Interestingly the survey found 1% dip in the number of people calling themselves as an atheist. If  4% people declared themselves to be atheist in 2005, in 2012, it had dipped to 3%.

They also found that the trend is similar globally, while religiosity has dropped by 9 %, atheism has risen by 3 % and they witnessed a 'notable decline across the globe in self-description of being religious.' If one goes into the details one discovers that they talked to 51,297 persons from 57 countries in five continents. And in each country they interviewed around 1,000 men and women.

Interestingly a writeup in a leading newspaper ( In God We Don't Believe, The Telegraph, January 11, 2015) talked about emergence of a 'silently unfolding counter-movement' and 'Atheism gathering followers among Indian youth'. It also said

'A random dipstick survey of the metros shows that nearly 30 per cent of the people do not believe in God. Of them, 17 per cent are avowed atheists. Among those who do believe in the existence of God, nearly half approach God as an indefinable superpower rather than a religious concept.

Acknowledging the fact that the above mentioned surveys have used a small sample, and have been randomly picked to convey a point it is difficult to comprehend that India which has a long history of atheism and agnosticism and Indian religions like Buddhism, Jainism and some schools of Hinduism consider atheism to be acceptable and India having produced many atheist politicians and social reformers, the no of people under 'nonfaith category' is so less. Another important factor which we should bear in mind relates to the trajectory of modern secular democracies where one discovers that people are turning away from religion. E.g. In Netherlands the figure is 40 per cent whereas in Check republic more than 60 per cent people have expressed no commitment towards any religion etc.

The only possible reason behind the meagre number of people under 'non faith category' seems to be absence of clarity in the census form itself which had resulted in the lumping together of minor or tribal religions as well as atheists and agnostics in an unclassifiable category of 'Others'. One can recall how many atheists and agnostics had expressed their dissent then over the fact that question 7 in the 2011 census form had asked respondents to disclose their religion and if it fell in the list of six major religions, a corresponding code was given. They had found it to be 'closed question which compelled a religious response.' Although the concerned ministry had instructed enumerators to record 'no religion' for such respondents, yet 'technically, only the coded answers in the Indian census form were tabulated as classifiable data.' (http://timesofindia.indiatimes.com/home/science/Indian-atheists-seek-recognition-in-the-land-of-a-million-gods/articleshow/14527853.cms?referral=PM)

The small number of people under 'non faith' category because of the ambiguity maintained by the state here reminds one of a campaign undertaken by secular groups in Britain in the year 2011 to urge members of the public who are not religious to say so explicitly in the national census. They had felt that the question on the 2001 census form 'What is your religion?' was a closed question (which was repeated in the 2011 census as well) which compelled people to give a religious response which had resulted in 72% of people being classed as Christians – a figure which was much higher than other surveys. TheBritish Humanist Association (BHA) had then even unveiled a series of posters on buses and billboards across the country which had used the slogan "Not religious? In this year's census, say so".

Perhaps as we contemplate on the issue there is an urgent need to look at similar experiences elsewhere and strategise accordingly so that in the forthcoming census in 2021 at least atheists can be easily marked out and we get the actual figures and are not condemned to the 'others' category.

-Bridge the Gap Bring the Change

--
Pl see my blogs;
http://ambedkaractions.blogspot.in/
http://palashscape.blogspot.in/
Feel free -- and I request you -- to forward this newsletter to your lists and friends!
Posted by Palash Biswas at 10:06 AM