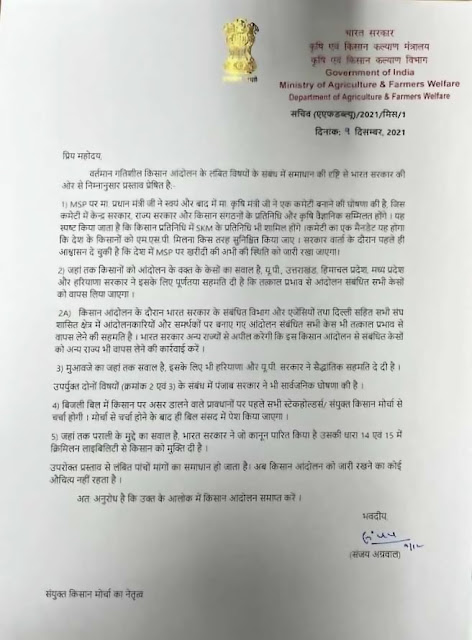 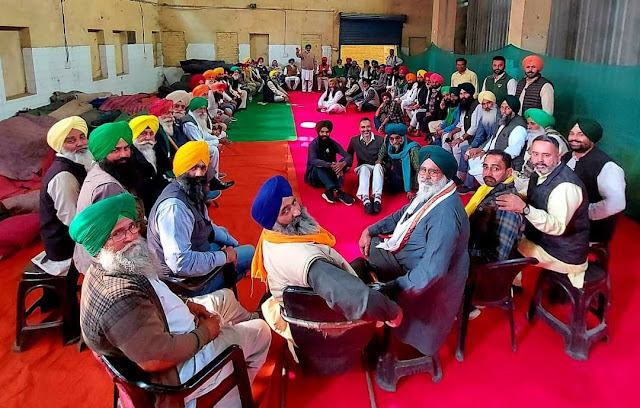 SKM is planning to have Fateh Ardas (Victory prayer) at 5:30pm today, then Fateh March (Victory March) at Delhi Morcha’s on December 11 around 9 AM.

This is the collective win of peoples movements and civil society organizations.

Farmer leaders have apologized to everyone for inconvenience caused due to farmers' protest. An official letter has been received from government on final confirmation of remaining demands.

Lakhimpur incident has been discussed with govt. Since the matter is under Supreme Court observation thus no action can be taken as yet.

Notably, Court had suspended the implementation of the three farm laws in January 2021.

Next round of talks with govt is scheduled on 15th January, 2022.

All the cases filed against farmers in Delhi, Union Territories and States will be taken back.

Electricity Amendment Bill be tabled only after discussions with SKM.

5 Years imprisonment and 1 crore fine for stubble burning has been quashed.

Cases against farmers, as well as farmer 'supporters' will be taken back

Fight is not over yet. Struggle for Minimum Support Price (MSP) will continue.

Posted by mediavigil at 2:40 AM